How does a Turbine Engine Work? | A Breakthrough of Modern Science 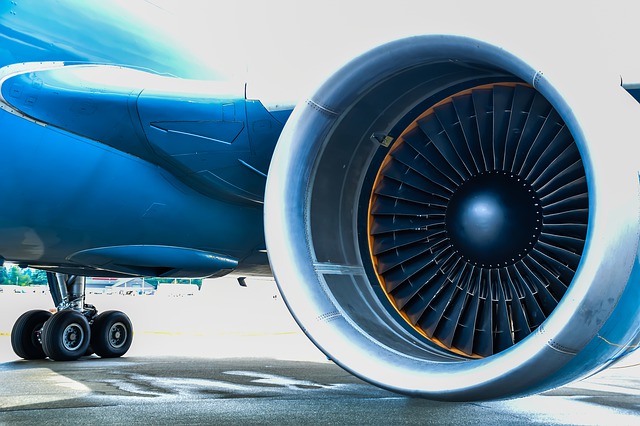 How does a turbine engine work? Do you want to know? Then let me provide you with some interesting facts today. A turbo jet engine is a simple turbine engine. It functions by increasing the air pressure and temperature. As a result, this creates a high velocity that makes the jet engine move forward.

This article will explain the technology behind the jet engine in a logical step-By-step Manner. The things that you will learn from this article:

How does a Turbine Engine Work?

Jet engines have been the successful drivers of aircraft for nearly a century now. A jet engine keeps an aircraft moving forward using a very simple principle.

“To Every Action, there is an Equal and Opposite Reaction.”

You must have got a chance to see balloons fly up when air leaks from the bottom. Air-filled balloons move upwards due to high-velocity downward force by the inner air. This produces an upward reaction force. This takes the balloon upwards. This is the basis of Newton’s Third Law.

You can view a similar mechanism in jet engines.

How to create a very Hot and High-Speed Air to Escape through the Engine? How does this help in the Jet Engine?

The working of a jet engine is all about producing a High-speed jet at the exit.

Why we need to heat the incoming air:

Now, in order to expand the air to a higher temperature, a combustion chamber comes in handy:

To bring the air to a higher temperature and pressure a set of compressor stages become very useful:

The compressor receives the energy for the rotation from a turbine.

How a turbine helps:

The turbine has two parts:

Here, the temperature rises from 10°C to 450°C and the pressure reaches 3500 kilopascals from 75 kilopascals. Through these steps, we can say why it is important to heat the air in a jet engine.

The engine case becomes narrower towards the outlet. As a result, there is a creation of an even greater jet velocity. In short the combination of the compressor, combustion chamber and turbine makes the aircraft move forward.

Modern aircraft use a slightly different compressor turbine arrangement which we know as a two-spool arrangement.

This improves the blade’s life.

There are 2 parts involved in this arrangement:

Some modern aircraft even use a three-spool engine.

Turbo jet engines are typical air-breathing jet engines. Its use is mostly in aircraft. The engine we so far came to know today is more specifically a turbo jet engine. A disadvantage of it is that it tends to produce high levels of noise.

A Revolutionary Improvement to this engine is the placement of a large fan with the low-pressure spool. These engines are what we know as Turbo fan engines. Almost every commercial aircraft runs using them. A Turbo fan engine bypass is a huge amount of air. The narrow bypass duct provides a good jet velocity to the passing air in a turbo fan engine.

How the Fan helps in the process:

How to keep the Noise of the Jet Engine to a Minimum?

The noise produced by a jet engine depends highly on the exit jet velocity. In a turbofan, the passing cold air mixes with the hot air. So, it is possible to keep the outlet velocity within a limit.

Thus it overcomes the noise problem.

I hope you enjoyed my ultimate guide to how does a turbine engine work.

Now I’d like to hear from you: which technique from today’s guide did you like? Are you going to tell your friends about it?

Donate Us
Share
Facebook
Twitter
Pinterest
WhatsApp
Previous article
What is a Tesla Valve? Can it really make Water Flow 200 TIMES Slower!
Next article
Normal Car Vs Electric Car | Which is More Efficient to Use?