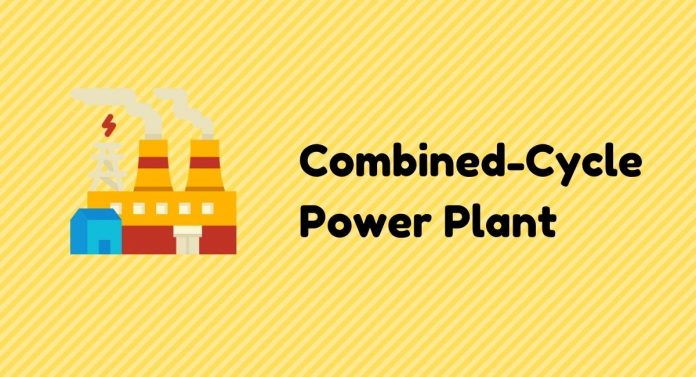 Combined cycle power plant – we can guess its structure from the name. It has two cycles. It produces current by generating coupling of turbine and burning fuel.

Also, the heat of the turbine is used for making steam by heating boiler water and the steam is used for the steam turbine to produce current with the help of a generator.

It can add more power to the first generator or can activate another one. This type of power plant is a combined cycle power plant. The waste is reduced by two thermodynamic cycles. This topic has to be understood by a combined-cycle power plant schematic diagram and explanation.

Today we will discuss a combined cycle power plant schematic diagram and explanation.

The Advantages of Combined-Cycle Power Plant

It takes less time for synchronizing the generator with the grid. And it can calculate the time correctly. Because synchronization time is not dependent on the temperature of the steam turbine.

No Cool Air is Needed

At the start of the gas turbine, we can’t get steam from the heat recovery steam generator. Until the steam turbine is disjointed, a steam supply is needed for cooling the blades and giving the turbine sealing.

It Needs Less Power to Activate

The gas turbine needs less time for starting. And it causes less pollution than the pollution caused by turbine while running in high power efficiently.

The design is not dependent on the turbine. Because the steam turbine is connected with its own thrust bearing. But more standard design can be used.

Suppose, the plant has 100% steam bypass. And it can complete the gas turbine by an easy cycle machine without the rotation of the steam turbine. Work power of gas turbine can be determined before activating steam turbine.

The steam turbine can be an important substitute for stopping gas turbines. It has to use an SSS clutch while rotating by its own turning gear. This characteristic can be important. Because the time needed for staying on turning gear after turning off is more than a gas turbine.

Steam Turbine Can be Turned Off with Less Gas Turbine Power

A good combined-cycle power plant can have up to 60% of efficiency.

According to the law of physics, energy can be only transformed. But the efficiency is not 100%. For example, if we turn on a bulb, the bulb wastes energy by heating up.

Producing electricity is the same. The full amount of fuel is not transforming into electricity. Traditional power plants waste almost 2/3 of fuel. Power plants outflow too much heat into the environment.

Hope it was helpful for you to understand combined cycle power plant schematic diagram and explanation.

You can also read: What is the Function of AVR (Automatic Voltage Regulator)?