The Story of Motor and Generator Excitation System 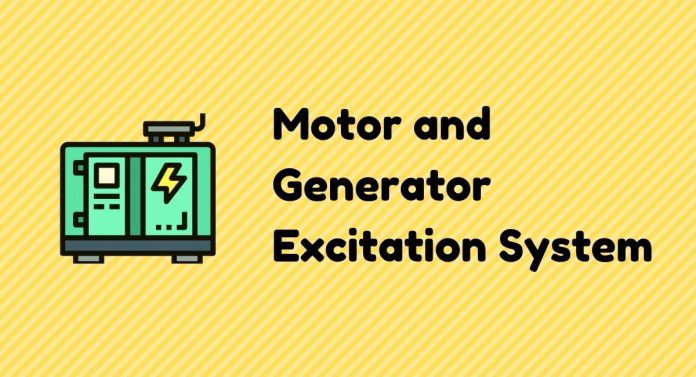 From the word excitation, we can guess that it must be a process for exciting something. Suppose, you have a friend who is not so much into studying. He is busy with mobile and video games.

But when the exam comes he starts to study. Here exam is an excitation system. It is exciting him for study.

For supplying the electromagnetic field of rotor winding, another source is used for the current supply. This system is called the excitation system. You can think of external sources as exam and rotor winding as your friend.

Objectives of This System

The main objectives of the excitation system are:

There are two exciters in the DC excitation system.

To control output terminal voltage of exciter, main or pilot exciter maybe work by the main shaft or separately by the motor. Generally, a direct exciter is better because it protects the unit system of operation and is not affected by external factors. The voltage rate of the main exciter is almost 400 volt and the power of the power alternator is almost 0.5%. Exciters of turbo-alternators can cause problems frequently because of their fast speed.

AC excitation system has one alternator and thyristor bridge which is directly connected to the shaft of the alternator. The main exciter can be self-excited or separately excited.

That’s all for today’s topic motor and generator excitation system.

Hope it was helpful for you to understand the motor and generator excitation system.

If you have any queries please do ask in the comment section.

You can also read: What are the Types of MCB Circuit Breaker?