How to Do the Polarity Test of Transformer? 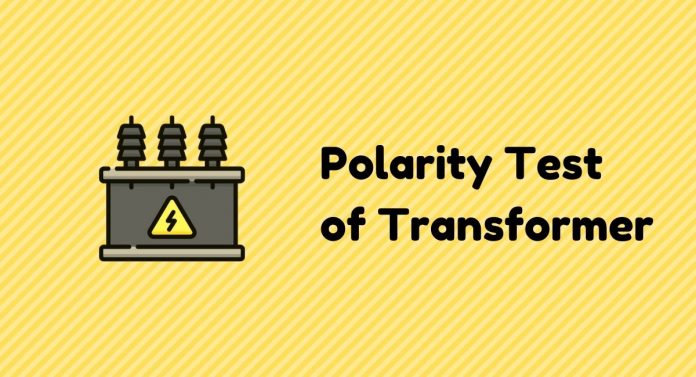 What is the Transformer Polarity test?

Transformer polarity means the way of the induced voltage in the primary and secondary coil of the transformer.

Why We Will Do the Transformer Polarity Test?

When two transformers are connected in parallel in the transformer banking system, we need to know the polarity for the right connection. There will be a problem if the polarity is not right.

There are two types of polarity for transformer winding connections.

If primary and secondary winding is connected in the same terminal, it is called additive Polarity.

If the different side is connected to the primary and secondary winding, it is subtractive polarity.

Definition of polarity from the picture

Steps of Polarity Test / How to do the polarity test of transformer?

That’s all for today’s article on how to do the polarity test of transformer?

Hope now the topic is clear for you how to do the polarity test of transformer?