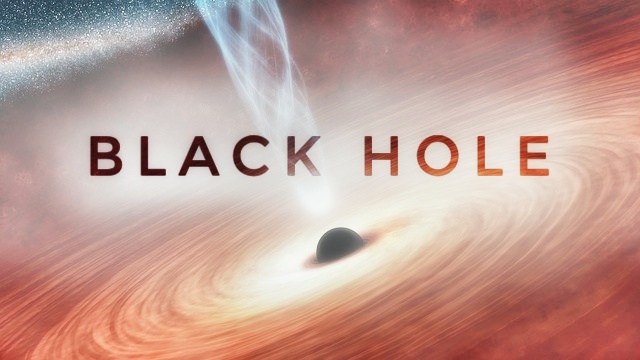 Today, we will learn about the Theory of Relativity and Black Hole. We will learn how a black hole is not just as any other hole. It is a very highly concentrated collection of mass. But this huge amount of mass stays together in a very small space.

According to Einstein’s Theory of Relativity, space-time is like a trampoline. Suppose, a large body of mass stays at the center of it. The large mass causes the matter to press down. As a result, it causes a dimple. So, if you roll a marble towards it, the marble gets sucked inside.

Now, in the case of a black hole,

This black hole is one of the eternal wonders of space. Light waves lose their way to this space monster. The theory of relativity and black hole are connected to eachother in a very interesting way. Let us learn in-depth about it today.

Things you will know after reading this article,

What do you mean by Black Hole?

In the year 1915, Albert Einstein formulated the General Theory of Relativity. The most important prediction of this theory is the presence of Black Holes. Black hole pulls any objects that come close to it such as planets, comets, or spacecraft. Due to the huge mass concentrated in a small area, it appears like a hole at that place. Physicist John Wheeler coined the term ‘Black Hole’.

Black holes are simply stars that attract anything that comes their way.

Characteristics of these stars:

How was the Black Hole born?

When hydrogen burns out, its central core begins to shrink. Thus a star dies.

Black holes have strong gravitational fields.  There is a limit around every black hole. Once you enter it you can no longer exit it. In this way, the black hole has survived as a marvel of space. It has forever been deemed as a space monster.

History from start to finish:

“A black hole is a special place in space from which nothing, not even light, can come out.”

How Big is this Black Hole?

There are many heavier stars in Earth’s galaxy. The Earth’s galaxy is the “Milkyway”.  The largest black holes go by the name “supermassive”. The division of the black hole considers its mass, charge, and angular momentum. There are four types of black holes based on mass.  E.g.

If a Black Hole is Black, how do Scientists see it?

In general, it is almost impossible to see a black hole. But scientists can see the effect on the surrounding stars and gases by it. Researchers can study the stars that fly or rotate around a black hole.

Black holes are called space monsters. When a black hole and star come very close to each other, there is the generation of a lot of high-power light. Scientists use satellites and some specially equipped telescopes to observe this high power of light.

What we know about black holes for so long is wrong?

“Nothing can come out of a black hole, not even light.”

~This is the acknowledgment of classical physics.

However, this principle is no longer accepted by researchers. The first to reject it is the British physicist Professor Stephen Hawking.  Physicist Stephen Hawking put forth his explanation about this black hole in various ways in his book, “A Brief History of Time”. However, the amount of recovery of information so far is unimaginable. Therefore, our idea of ​​black holes is not wrong. It exists!

Can a Black Hole cause disaster or destruction on Earth?

Reasons why the Earth is safe and will be safe:

So, it turns out that the black hole has not brought any threat to us yet. Again, it will not do so soon.

“I think we’re getting a bigger and stronger black hole than we expected, and that’s interesting enough.”

To understand this paradox, first, we need to define what we mean by “information.”

Conservation of information isn’t just an arbitrary rule, but a mathematical necessity.

Modern science is built upon it. But around black holes, those foundations get shaken.

What happens when any information goes through the black hole?

This information paradox revolves around this question. Some theories suggest that information doesn’t even make it inside the black hole at all. In 1974, Hawking Radiation a Discovery by Stephen Hawking showed that black holes are gradually evaporating.

But fortunately, in science, every paradox is an opportunity for discoveries. Researchers are investigating a broad range of possible solutions to the Information Paradox. Some suggest that the paradox is just a misunderstanding of how general relativity and quantum field theory interact.

I hope you enjoyed my ultimate guide to the Theory of Relativity and Black Hole.

Now I’d like to hear from you: which information about the Theory of Relativity and Black Hole did you like the most? Did you know any of these earlier?

Donate Us
Share
Facebook
Twitter
Pinterest
WhatsApp
Previous article
Are You Aware of All The Sensors in a Mobile? The Facts and ABCs about Sensors
Next article
How Internet Works Step by Step | The Crazy Long Journey of Data Packets