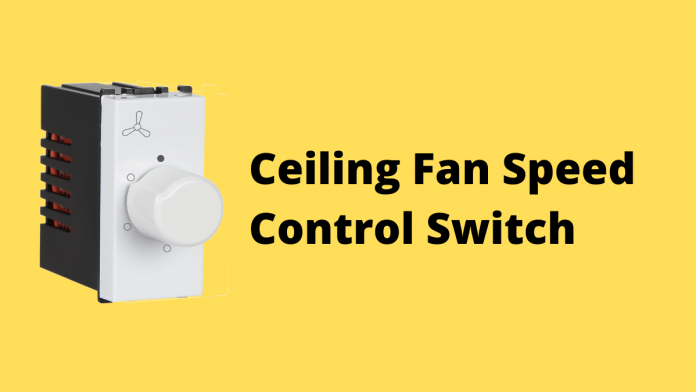 How does a Ceiling Fan rotate?

Before going to details about ceiling fan speed control I want to explain how ceiling fan rotates in a nutshell. For a better realization of the function of the ceiling fan, you should have a clear concept of the induction motor. Let’s try to understand.

Take a magnet bar. Then let it hang around freely. Now tell me where it’s facing? The answer will be that it will always face north-south. This is because it wants to stay along with the Earth’s magnetic field (which is along the north-south).

This is a common characteristic of magnets. Every magnet wants to align itself with an external magnetic field. Now if I keep rotating the outer magnetic field without standing still, the magnet will also rotate to coincide with it.

Now, a question may arise in your mind, how can I create a rotating magnetic field? Let’s clear the confusion first.

How to create a rotating magnetic field?

The magnet can definitely be turned around. Another method is through the flow of electricity. Have you ever heard of the electromagnet?

Everyone knows that when electricity flows through a coil, a magnetic field is created around it.

There are three live wires in the transmission and distribution lines. Although the same amount of electricity flows through these three live wires, there is some difference between them. The current flowing through each wire is at an angle of 120 degrees from the other.

So if you put a magnet in the middle this time, it will continue to follow this rotating magnetic field and rotate. Our motor was gone. Because the same poles of the magnetic field attract each other and the opposite poles repulse each other.

A mentioning fact is, single-phase supply can’t produce the rotating magnetic field. When a positive cycle comes, it creates a magnetic flux. But, in the negative cycle, it produces the same magnetic flux in opposite direction. As a result, the net magnetic force is zero. It can be compared with a real-life example. Suppose, two persons pull a rope with the same force in opposite direction. As a result, there is no movement of rope in this case. That’s why we use capacitors in ceiling fans for creating magnetic force and torque.

There are two types of ceiling fan speed control switches. They are:

In order to reduce the voltage of the fan, these regulators mainly contain the switching device triac. Here the gate signal controls the sine wave of the fan’s voltage and the speed of the fan is controlled by changing the RMS value of the voltage. These never get hot, so considerable electricity is saved when the fan moves at a low speed. Electronic regulators are generally about 40 percent more efficient than electric regulators.

What is Relay? How To Draw a Simple Relay Wiring Diagram