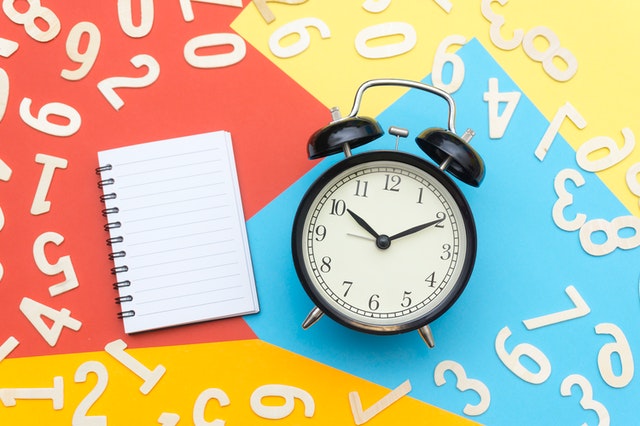 Have you thought why we use two different technologies for measuring the same time? What do you know about analog technology vs. digital technology? If you don’t then let’s know about it.

Friends, let’s go back to the 1970s when the most interesting thing was the digital watch in our hands. Earlier, we used to determine the time from the turn of the slow-moving clock hands.  Furthermore, that is what we know as the old analog clock.  However, since then we have come up with many ideas on the use of digital technology.  Nowadays, everything from our home TV to radio, music player, camera, cellphone, and even our reading books have become digital.  So, let’s discuss analog technology vs. digital technology today. Let’s see who is the best.  Of course, there’s a lot more to it than ever.

What is Analog Technology?

What do we mean by digital technology?  People easily know once they hear the word “Digital” to have a meaning which is under computer control and usually something electronic, something simple as a whole.  But to be honest, the concept of analog technology is even more confusing — especially when one tries to write about it in simple language.  So what’s the point?  Let’s try to find out easily.

You may be wondering, “Brother, what are you trying to convey with these examples?  It’s a well-known fact! ”  But here’s the real punch.  The point here is that moving the thorns over the dial is just a means of expressing the past tense.  But, in reality, time and clock are not one thing.  The clock is just an analogy of the display of time that repeatedly changes and displays new measurements.

Analog signals work on very much the same concept as that of the wristwatch. Analog signals are things that display data that change over and over again.  Now, think of the previous AM radio or simply the TV with a silver antenna. These devices work using signals that repeatedly change waves to bring different data to that place. Decoding of Analog waves takes place easily with a variety of electronic diodes.

The electronic diode displays the original data on the screen or sends it as sound to the speaker. When you say something in front of a mic, the sound from your voice makes a frequency in the air and your microphone converts that frequency into an electronic frequency. As you speak, there is the creation of new forms of electronic frequencies over and over again, reaching the speaker and creating sound. In fact, this very thing is basically what we know as analog technology.

Before the last few decades, when computers were completely absorbed in science and technology, all kinds of measuring instruments were of analog technology.  If you needed to measure the current of a circuit then there was a coil meter for it which also had hands like the clock. Where a hand moved to change its position to help measure current. The more the hand passes through the dial, the more current you have to consider.  So that pointer or hand here is similar to the current in your circuit.  All such measuring instruments worked in the same way, whether it was a weight meter, a car speed meter, or an earthquake measuring instrument.

Now, let’s talk about how data was stored in analog technology. Analog technology means more than just the use of moving hands and dials. Whenever we say that it is analog technology then it means that it is not digital but it is a lot like writing on paper using a pen in hand i.e. the conventional method. In other words, there is no use of numbers in the exchange of data and there is the consideration of the main subject directly.

The camera with the film of the previous era can be a good example in this case. When you take pictures with this camera, it creates a resemblance to the original image in a transparent plastic film. Transparent plastic film is coated with a type of silver-based chemical that reacts to light.  A clear picture is obtained when that film is washed in the lab.  Simply put, this picture is a resemblance to what you wanted to record or store as a memory.

Suppose you used a wooden scale to measure your fingers.  Now, you cut a mark with a pen on the scale according to the measurements of your fingers. Here, think about it, up to the marked part of that scale, there is the similarity of your fingers, that is, the scale has the mark similar to the size of your finger and so we call it the same length. Of course but the scale is not your finger in reality, it is nothing but a measurement of your finger. I am trying to explain the same thing with different analogies because that is the main mantra of analog technology. This technology preserves the analogy of what data or information you want to save directly.

Again, let’s talk about an old tape cassette recorder. When something is recorded there, your words are stored in a magnetic plastic ribbon in the same waveform, similar to the original sound. Moreover, there is an analogy of the original word saved that you can read and play.

Advantages and Disadvantages of Analog Technology

Digital technology has many advantages but it is not always better than analog technology.  Of course this technology also has some advantages.

In this technology, the data that is based on these numbers 1 and 0 is very accurate. Again, copying this data and creating thousands of files is a matter of minutes. Moreover, this technology will never cause signal noise or interference of one signal with another. For example, conversion takes place for what we say on a mobile phone into a number, and then the receiver receives these numbers through radio waves. Decoding of the numbers takes place when the numbers reach the other user and he can hear them. Having a bad signal means getting stuck because some bits can be missed on a bad signal.  But it will not be the case that you can hear someone else’s words on your phone.

But recording any sound requires both analog technology vs. digital technology. The sound that comes out of your voice is but analog technology in a practical way.  So, how can an analog record be heard digitally in an online radio app or MP3 file? The method used to complete this process is what we know as sampling. This is called analog-to-digital conversation (ADC). This method receives snapshots from the analog waveform and saves them in a digital bit.  So the higher the bit, the better the data quality.  For this, you can see the rate of 128 bits per second, 192 bits per second or 320 bits per second, etc. in MP3 or a video file.

Some Advancements of Digital Technology

I hope you got what exactly is analog technology vs. digital technology today. Again, I hope you liked it a lot. Please let me know your opinion because I am always waiting for your valuable opinion. Moreover, don’t forget to share the post. Thank you.