HomeElectricalCommon Misconceptions about Electricity and its solution
Electrical

Common Misconceptions about Electricity and its solution 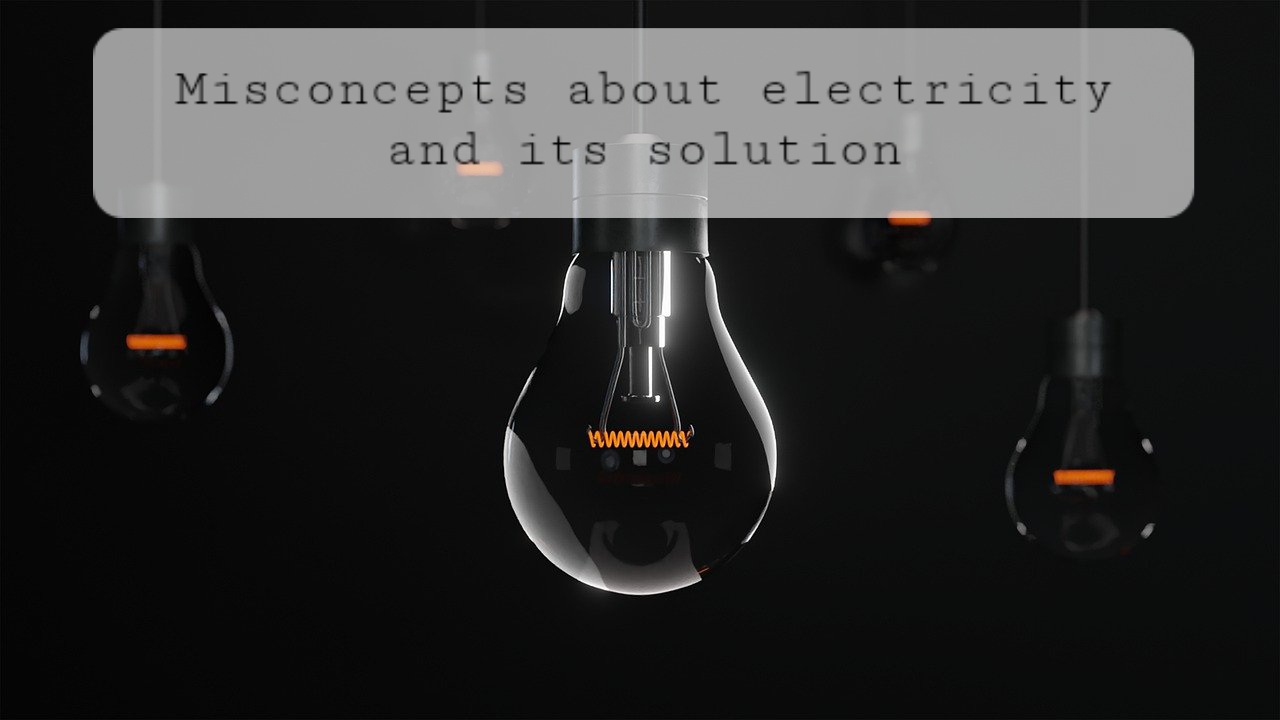 During an electrical accident at home, we feel a shock of 220 Volts

We all have this misconception in mind. Actually, we don’t face 220 Volts of electricity rather we feel an electric shock of 311 volts. Did you know that?

The 220 Volt rated in our domestic appliances is the RMS voltage. Animals get shock due to the peak value of the AC voltage.

What is the RMS value?

If the amount of heat produced by an AC source is similar to that of a DC source then that value of the AC source is called the RMS value. Below we can see the relation between RMS and peak value:

According to this formula,

As a result, the amount of voltage we experience during an accident at home is 311 Volts. This is the peak value. Again, the peak to the peak value of the AC volt is 622 Volt.

When the switch is turned off, there is no electrical energy | Common Misconceptions about Electricity

Electric shocks are common to only mammals

Many of us think that electricity just gives a shock to mammals only. They also think it’s the reason why birds do not get a shock at the power lines. In fact, the reality is different. If any animal can complete a circuit, then electricity will flow through it.

Rubber, wood is the best insulators of electricity | Common Misconceptions about Electricity

One thing that all electrical engineering students should know about is that an insulator might not always act as an insulator. When the breakdown strength is exceeded, then the insulator acts as the conductor.

What is Breakdown Strength?

Water is a bad conductor of electricity

Many of us think that electricity doesn’t flow in water. This concept is partially true. Pure water doesn’t conduct electricity. But when there are some chemical substances like acid or base in water, then only water acts as a conductor of electricity.

The flow of electricity continues after the mobile is fully charged

This concept is not fully right and also not wrong. This depends on the condition at which the mobile is charging.

When flight mode is on while charging | Common Misconceptions about Electricity

Electricity doesn’t flow through the wire and eventually stops the phone from charging after it is fully charged. We know that when there is a potential difference at the two ends of a wire, then only electricity flows through it. But here the voltage of source and load is zero. Because the rectifier of the charge is supplying 4 Volts and the battery is also 4 Volts.

When power, wifi, data is on while charging | Common Misconceptions about Electricity

Neutral and Earthing are the same thing | Common Misconceptions about Electricity

Having such a misconception is nothing new. Because in both systems, the current passes out. As a result, misunderstanding is a must. Though both of them might be the returning path for the current, they surely do have some differences.

Neutral is that point through which the current exits. And without neutral a circuit is not complete. Again, through this point current always returns back.

Earthing is the protection of the device. If there is any surge current in the circuit, then by the help of earthing it exits to the ground easily. In this case, the earthing wire acts as a short circuit. So neutral is the returning path for load current & earthing is the returning path for surge current. Many times, neutral and earthing bodies may stay together. Mostly, the neutral points of substations are earthed so that the system doesn’t overflow. In 2 pin plugs, there is only one wire for neutral and earthing. Whereas in 3 pin plugs, there are two wires for neutral and earthing.

This is completely wrong. There remains a little voltage. With respect to the surroundings, scientists started using zero. What is the reason for this?

If you are told to calculate the voltage at a point in a circuit, then what will you do? Obviously, you will take one actual point and another as the reference point. Then you’ll hold the voltmeter in between the two points. If the voltage of the reference point is zero, then the actual voltage calculation becomes easier. Let me make it more clear.

Let us say, mountains are 500 ft high from the sea. Here, the height of the sea is zero. Although, the sea has its height. For this, we can easily calculate the phase to neutral actual voltage. So theoretically it might be zero but actually, it is not. If there is no pressure of voltage then how will the current return back? And this current back to its the source. This whole thing is similar when the seawater evaporates and again returns to the sea as rainwater.

This concept is totally wrong. The main reason for the insertion of the capacitor is to create a phase to phase difference. Now, another question may arise,

Why do I need to create a phase difference? Common Misconceptions about Electricity

There is always insulation in a power line

This concept is also wrong. There are also some power lines without insulation. But these power lines are established at a calm & uncrowded place.

There is no electricity when the live line falls

This is also a misconception. Electricity still flows through the broken live wire until the interconnecting circuit breaker trips. As a result, one should be at least 10 feet away from where the live wire has fallen. If there is water around this pole then it can be dangerous to touch that.

Electric bulb burns continuously when it is turned on

This is wrong. Electric bulbs only turn on by the positive half cycle of the AC signal and turn off by the negative half cycle. But this turning off incident isn’t visible to us.

We know, the least time of distinct vision is 0.1 second. This happens because,