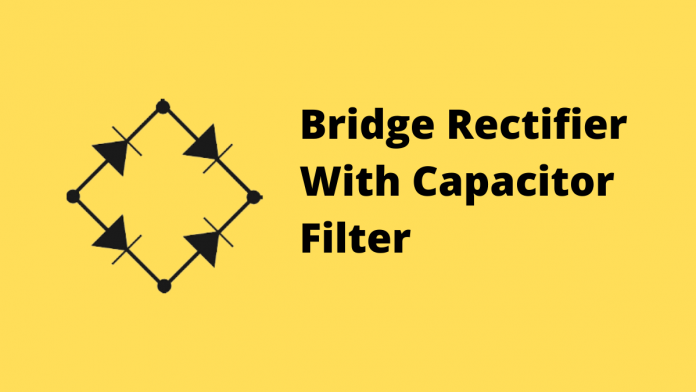 Have you heard about people with dual personalities? It’s very tough to handle this type of person who doesn’t bear a fixed manner. In our electrical technology, there is also a double standard character which is alternating current. But we have also arrangements with a view to rectifying this dual character. It’s a bridge rectifier. Today, I will discuss on bridge rectifier with a capacitor filter. Let’s discuss.

What is Bridge Rectifier?

The function of The Bridge Rectifier Circuit With Filter Capacitor

Look at the above circuit diagram. The AC signal is applied in the bridge rectifier circuit from the AC power supply. We already say that the AC signal has a dual character. It fluctuates between positive and negative cycles.

When Positive Half Cycle Comes:

When Negative Half Cycle Comes:

How does Capacitor Act As Filter Circuit?

Why It’s Better To Use Bridge Rectifier In Lieu of Center Tapped Full Wave Rectifier?

Conversion of Ammeter to Voltmeter