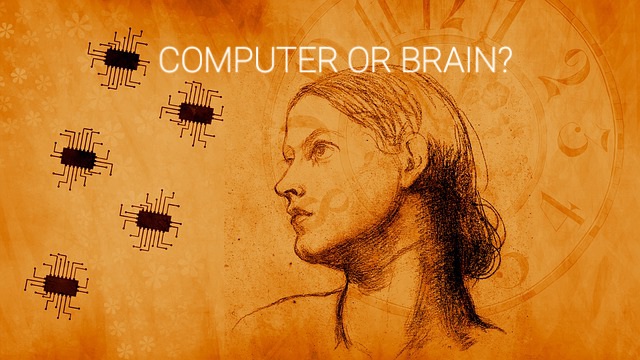 How does Computer Memory work? This question bugs a lot of tech geeks nowadays. How about learning it in a fun manner today?

I often wonder if my memory is like a computer. But in reality, human brains and computer memory are not the same things at all. They work completely differently and for different purposes.  Where human memory struggles to remember a name, to remember someone’s face, or to remember today’s date, computer memory is becoming more and more perfect day by day. Our question today is, how does a computer have this extraordinary memory? How does computer memory work? So let’s get to know everything in detail.

In order to learn how does computer memory work, you first have to know what memory is. The basic purpose of any memory (be it human memory or computer memory) is to store some information for a certain period of time. The most interesting thing is that human memory is more adept at forgetting information than remembering any information. In fact, this is the weakest part of our brains. If you don’t pay attention to something, no one can save you from forgetting it. So, because of our inability to easily forget something, we pay close attention to something important.  Forgetting means cleaning up an old trash can and getting it ready to fill up again.

Computers never remember or forget things the way humans do. The computer works in binary. Whether they know it or not, once a computer learns something, it will never forget it without a catastrophic crash. But we humans are a little different. We can recognize something (“I think I saw you somewhere before”) or we think we know it (“I first learned the English word ‘pair’ when I was in school”) and we need to gather information without any need for it then.

Unlike computers, people forget something, they think again, forget again, think again and repeat.  Honestly, human memory seems a lot like magic to me. But the truth is, a pen drive worth 5 Dollars is better at remembering than our brain.

One of the similarities between human and computer memory is that they both have two types of memory. Human memory is mainly divided into two parts, one is short term memory (which you have recently seen, heard, or imagined in the brain) and the other is long term memory (which we have learned, or  We have experiences from our lives, and this is why we remember them better).

In this way, the computer also has two types of memory. It has a kind of built-in memory we know as internal memory. The preparation of it takes place by a silicon chip. This memory enables a computer to store and retrieve data much faster. So the use of it to complete the current processes of the computer.

Normally, a computer’s internal memory becomes volatile (that is, it evaporates rapidly). That is, all the information we store in a computer disappears as soon as we switch it off. Again, this requires another type of computer memory, which we know as auxiliary memory or storage. This memory can store any information even when the computer is off. A hard drive or flash storage on a normal PC or laptop is what is basically an auxiliary memory. Auxiliary memory is also a reference for external memory. Because the hard drive is a separate machine that we connect to the computer via a cable. Moreover, with today’s modern computers, we can very easily find plug-in memory, such as a USB flash memory stick or SD memory card, portable hard drive, CD or DVD ROM, etc.

The main memory of the computer, however, is much less, usually from 512 MB to 8 GB (modern computers have more memory). The more main memory the computer has, the more information the computer will be able to process and work faster. If the computer needs to store more data than its main memory, it stores it in some free space on the hard drive, and this is what we call virtual memory.

Computer internal memory chips are of two main types, one known as RAM (Random Access Memory) and the other known as ROM (Read Only Memory). The RAM chip can remember any information as long as the computer is on power. So they store the data in the short term. ROM chips, on the other hand, can store data even when the computer is not on. When we prepare ROM in the factory, we can program it and embed the information in it beforehand.

However, not all types of computer memory are randomly accessible. For example, a tape drive by attaching a plastic strap and a magnet that reads data from it. Now if the computer wants to access information at a certain point from this tape, the reel of the tape will start moving back and forth. It will keep happening just as long as it can not reach that particular point. Suppose, the reel of the tape is now at the beginning and the computer wants to access the data at the very last point. So it will take a long time to access that data. The reel will turn and reach that point and then the data will be accessible. As a result, this is what modern researchers term sequential access.

RAM is mainly of two types, one is DRAM (Dynamic RAM) and the other is SRAM (Static RAM). DRAM is less expensive than SRAM. Again, it tends to be of higher density (meaning it can hold more data in smaller sizes). So, we can use DRAM as internal memory. Most of the time, we use it on PC, gaming consoles.

ERAM, on the other hand, costs a lot more and is much faster with less power loss. But its data capacity is much lower. ERAM is specifically called cache memory. The use of it is especially in portable gadgets such as cellphones. Here, there is more requirement for speed to save power.

DRAM and ERAM do basically the same thing. We can make them using slightly different electronic components while making them. Both of these two types of RAM can forget information. But we need to turn off or power off the computer in order to refresh the memory of DRAM. On the other hand, ERAM does not refresh the memory in this way. DRAM can hold more data in a smaller size because it uses a capacitor and a transistor to store a bit. But to save a bit in ERAM, we need some capacitors and a transistor.

Computer memory has the same variety of ROMs as RAM. Again, it is a bit of a random thing here, because not all ROMs have read-only memory.  Flash memory of your phone or camera, USB pen drive, etc. Are nothing but a kind of ROM. Because it has the ability to remember the data even after we power it off. Technically speaking, flash memory is EEPROM (Electrically Erasable Programmable ROM) type ROM. This means that in order to store and delete any information, an electric current needs to flow through it.

In fact, you can not store your smartphone, modem, or router’s framework in the ROM. You can store it in its flash memory. So that you can upgrade it later. ROMs are much slower than RAM and don’t have as much read and write capability as RAM.

Computer memory: stores any photo, video, music, or any computer information in the form of numbers. Again, this is why we call these computers “digital computers”. We humans like to work using decimal numbers (10 numbers from 0 to 9). But computers work using completely different number systems. They use a binary number system. Binary has only two numbers, Zero (0) and One (1). It requires multiple numbers to write a decimal number. Binary digits are called bits, that is, one is zero or one is one bit. Eight bits together is called a byte.

A big reason why we humans like to use decimal numbers is that we have 10 fingers. But a computer does not have 10 fingers. Instead of fingers, the computer memory contains millions of electronic switches, which we know as transistors.  Transistors can store any binary number when electric current flows through it. When we switch on a transistor it saves the number (1) and when we turn it off it saves the number (0).