Why did Thomas Edison Electrocute an Elephant? | The Edison Experiment 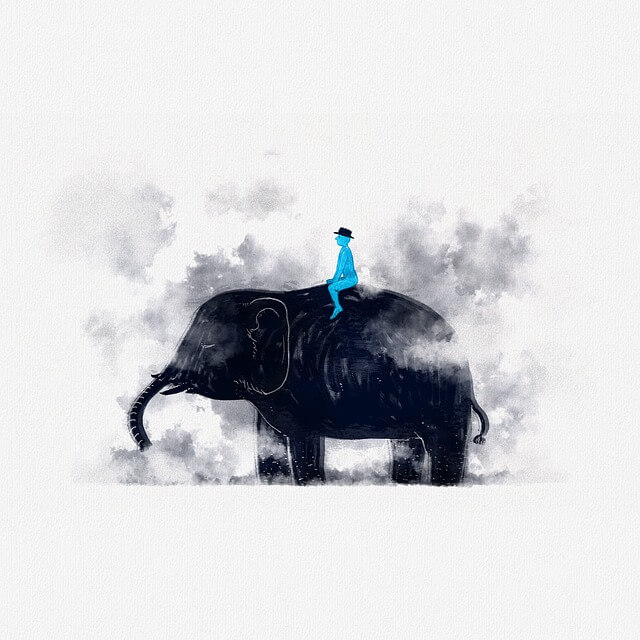 Why did Thomas Edison electrocute an elephant? Today, I will show you the Edison Experiment and cruelty of humanity through this article and how people misinterpreted it. Then let us dive right in. Thomas Alva Edison, a great scientist, and inventor was able to climb to the highest peak of fame for his outstanding contribution to the advancement of modern technology.

In the late 19th Century, there was an incident. There arose a conflict over electricity between Edison and Westinghouse Electric Company.

He thought AC current was too dangerous. To show it, he used AC current to kill many animals, including dogs, in front of the media. However, he was most famous for publicly killing an elephant that we know as Topsy. People believe he was the one who was responsible for electrocuting Topsy in front of tens of thousands of people as a publicity stunt.

But there is controversy among historians as to what was the role of Edison in the Topsy incident. Who was this Topsy? Why was he killed in public? Was Edison involved in the murder? Why did Thomas Edison electrocute an elephant? Today’s article will try to find the answers to these questions.

Topsy: From a Wild Elephant to Circus

The apprehension of Topsy took place in 1875 in one of the South Asian provinces. He was just a baby elephant back then.

Although the Topsy Circus team received much attention, the experience was not pleasant. The techniques that were in practice back then are what we refer to as animal torture. As a result of the extreme beating his tail got dysfunctional. He became increasingly grumpy over time.

In 1902, Topsy was given a burning cigarette by a man by the name James Fielding Blunt. He became angry right away and undertook an assault on the man. Blunt passes away. On the other hand, Topsy was so crucial that the circus masters did not think he would be trouble. The fact that it is well-known for murdering people adds to its appeal.

He became famous as an ‘Animal Celebrity’ at the time.

Luna Park on Coney Island was his new address after that. One of the attractions of this amusement park was Topsy. However, his fate did not change much after coming here. Here, as well, the attendants beat him severely. As a result, his mood began to deteriorate even more. The death of two more people was a result of the elephant.

Whitey Alt, a trainer of great stature, responsible for Topsy’s fame spreading even further. When Alt was drunk, he took Topsy out on the town. The whole city was in chaos.

Following this incident, there was a decision by the park’s owners that keeping such an elephant alive would be inappropriate. Then there was a consideration by them to publicly hang him at first. However, there is a group, ‘Society for the Prevention of Cruelty to Animals’ (SPCA). There was an objection by them, claiming that hanging was a barbaric procedure. The owners then came up with an idea to electrocute and kill Topsy in consultation with the SPCA.

On January 4, 1903, Topsy was presented to about 1,500 spectators. In history, there never took place any electrocution on elephants before. They also fed him food mixed with poison early.

Two copper wires surround his legs. Just after switching on the power switch, an 8,700 volt AC current went through his body. Topsy said his goodbyes to the world by demonstrating human brutality in action.

Why impose on Edison?

The question arises, Edison’s role in this story was not seen anywhere. Yet why is this responsibility imposed on Edison? This is because people take Topsy’s death as part of the current conflict. Many believe that Edison took the opportunity when his owners decided to kill Topsy. He then carried out the murder. Not only that, he captured the incident on camera to run the campaign later.

This is due to several factors. To begin with, Edison’s work bears a striking resemblance to Topsy’s assassination method. He was previously responsible for the slaughter of several other animals. Secondly, the technicians who dealt with the assassination of Topsy were from a firm by the name of Edison. Thirdly, a group of workers from Edison Manufacturing Company did a videotape on the Topsy incident. For all these three reasons, people blame Edison.

While this allegation is generally assumed, many historians believe it to be false. In 1903, Topsy died. Again, nearly a decade ago, the fight between AC and DC was over. In that fight, AC Current emerge victoriously. Edison eventually realized that he would have done well at the start of the electric revolution if he had paid more attention to AC current and avoided dispute.

So Edison had nothing new to prove by killing another public animal. There was no newspaper statement about Edison being present at the time of the murder. If he were present, it would have come in the newspaper.

But the company’s technicians with Edison’s name? In fact, over time, there was a change of ownership and merging with other companies so many times that it is not possible to say for sure whether Edison himself was with them at the time. So it is unreasonable for Edison to have a relationship with these technicians.

Why did Thomas Edison Electrocute an Elephant? Was he really responsible? The Edison Experiment

Now let’s come to the words of the video and The Edison Experiment. If you search for this video, you will find it online. Of course, if you have any desire to see this cruelty. In addition to this video of Topsy’s murder, there are tons of more videos using Edison’s name. The making of most of it was without any instructions. Possibly, Edison did not participate in the video.

Considering all these factors, it is not fair to blame Edison for this incident. Edison may not have been a saint, but at least he had no direct hand in the incident. Instead, Topsy had to say goodbye to the cruelty of the owner. Of course, what is the benefit of blaming the owner? Who knows, maybe someone didn’t think it was not warm-hearted back then and it was The Edison Experiment.

But over time, there was a change in people’s thinking, and people have become more sympathetic to animals. That is why the cruel death of Topsy has come up again and again while talking about the torture of animals. This is all about The Edison Experiment.

Why did Thomas Edison electrocute an elephant and what is The Edison Experiment? If you were curious to find the answer, then I hope this article helped. Please don’t forget to share this heartbreaking story with your friends and leave back your sentiments in the comment section below.