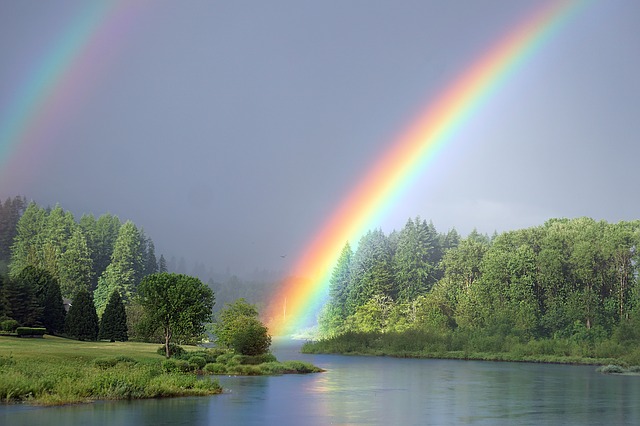 In the electrical world, red, yellow, and blue have been chosen from the seven colors of the rainbow in the three-phase system. In the panel board of the industry, we are used to seeing these three colors in the three-phase system. But have you ever wondered, why these three colors were chosen out of the seven colors of the rainbow? What was wrong with the other four colors? What is RYB in three phase system?

The reason for using different colors is to recognize the phase lines separately.

Now, the question is, all are phases, why do they need to be recognized separately?

Of course there is. For some reason you want to change the phase sequence. Then you can easily get it if it’s a different color wire. If you want to change the phase of the wire of the same color, there will be confusion. Even if you can there will remain a doubt whether the change has been made at all? For example, if there are twin brothers / sisters, it becomes difficult to separate them.

Why use red, yellow, blue colors only?

What is RYB in three phase system? Why use only the three basic colors? Why not the colors?

As we all know, these three phase voltages range from 360 to 440 volts. This is what everyone thinks happens.

Here, vector addition (in the form of directional sum) is done without doing algebraic addition. Suppose, you walk 6 km north of the house, then 8 km west. Then you walked a total of 14 kilometers but the distance will be only 10 kilometers. Because the calculation will not be based on general algebraic rules. You need to take the help of the vector method. So, we multiply the phase voltage by √3 to find the line voltage in three phase connection.

I will prove it to you today. If you look at the star connection below, you can see that the phase voltage is Van, Vbn, Vcn respectively. Here n is the common terminal or neutral point of three phases. Again, the line voltage is Vab, Vbc, Vca. Then proving Vab = √3 x Vphase will suffice.

From the figure, the angle between each phase line is 120 degrees. Then the Van line generates a 0 degree angle with itself.

Now, our goal is to find Vab.

As shown in Figure 2, I have drawn a rhombus by extending Vbn. Now the angle E of the rhombus basically points to Vab.