HomeElectronicsWhat is Solar Cell? How it can change the world?
ElectronicsScience

What is Solar Cell? How it can change the world? 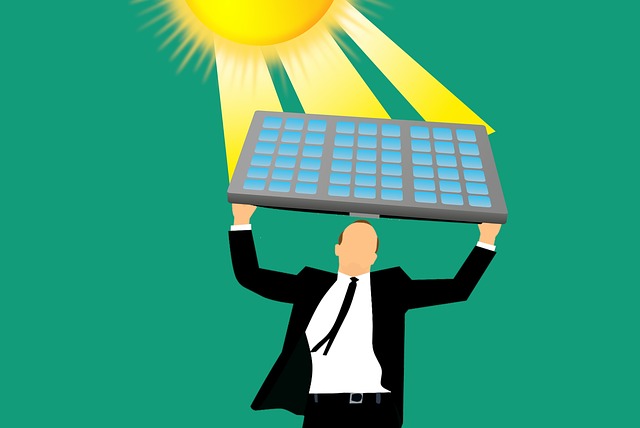 What is Solar Cell? We all know what it is. Let’s learn in detail today. Why should we dig in the ground to build oil, and burn coal to pollute the environment to get energy? Where non-stop energy from the sky is always comes down on us, thanks to Almighty Allah. You may have seen a calculator with Solar Cells that never needs a battery to run. The sun shining above our heads, a huge source of energy in itself. It has been transmitting its energy for 500 million years and will undoubtedly continue to transmit energy for another 500 billion years or more.

Solar panels can generate endless electricity from this infinite energy of the sun. Not just calculators, watches, electric lights, satellites in space, etc. all work with power from the sun. But how does this cell convert light into electricity? In this article, we will learn more about the subject

The sun is a huge sphere of nuclear power, per square meter of the earth’s surface. The sun radiates about 1,000 watts of energy. If we could catch all this energy, we could comfortably meet all the electricity needs of our office, home, moreover, for free. If we can plant solar panels all over the Sahara Desert, it will be possible to meet the electricity demand all over the world. But the matter is not so simple. The sun, however, does not send electricity directly to the earth, but mixes light and heat. Although light and heat are essential elements for our survival.

Light helps by providing us with vision and it also helps plants grow, thus providing us with food. Furthermore, heat helps us to survive. But from this light and heat, the lamp of the house can not be lit. For this, we need electricity. So, we have to work in a way where this light and heat can be converted into electricity —Solar cells do just that.

What is a solar cell?

A solar cell is basically an electronic device that can directly convert the sun’s energy into electricity. It can be seen on calculators as well as on the wings of satellites. Another name for a solar cell is photovoltaic cell or PV. Here, the photo means light and the voltaic means electricity.  A package made up of many cells is called a solar panel, where each cell is connected to the other. Solar cells work much like batteries, but batteries produce electricity from chemicals and solar cells produce electricity from light.

Photovoltaic cells are usually made of a type of semiconductor material, such as silicon. When sunlight hits this cell, some of the light absorbs this photovoltaic cell.  That is, energy is absorbed from the light and flows into the semiconductor material, separating the electrons and helping them move freely.  As we learned previously, light has the smallest particles, called photons. That means the sun is always raining billions of photons around us. Now if this photon is dropped on a photovoltaic cell, each cell will produce some volts of electricity. Again, when the volts of many cells in the panel come together, it can easily provide power to any electric device.

How efficient is the solar cell?

According to the basic principles of physics, we cannot create or destroy any energy — everything already exists in this world, and we can only change it from one form of energy to another. IN short we can say that energy can neither be created nor destroyed, only one form of energy is converted to another. This means that solar cells are never able to convert more energy than the energy received from the sun. Most cells can convert 10-20 percent of the energy from the sun into electricity. Moreover, a silicon cell can convert energy up to a maximum of 30 percent. Because sunlight contains photons of different waves, but a photovoltaic cell can only catch a specific wave and act on it. Furthermore, the rest of the energy is not used or wasted. Today’s most sophisticated or well popular cells can convert electricity up to 45%.

The current generation latest cell is much more advanced than the previous second and first generation. It is capable of converting power up to 30% and costs less.

Solar power is really a very effective way to avoid extreme problems like global warming.  Moreover, if we consider the state of electricity in our country, it is better to generate electricity in your own home. The best thing about solar power is that it is completely free and does not cost much to set up. Solar panels are installed on the roof or outside of the house as per the demand, and regular batteries are installed to get power backup at night. There is an attachment of a charge controller to the battery. Because if the battery is overcharged, it is not able to give a much better backup. Once the battery is fully charged, no more current flows from the controller to the PV module.

A major problem with solar cells is that the electricity that comes directly from the panel and from the battery is DC or direct current. But to run almost any appliance including home TV, fan, we need AC or alternating current. So, an inverter is installed which converts DC to AC.

How to set-up at Home?

Most inverters work automatically. However, some of today’s latest solar modules go by the name AC modules; here inverters are built-in. In addition, outside solar panels need to be installed properly facing the sun.  To set up a complete solar power system in your home, I would recommend hiring a licensed electrician, it will make your work perfect, and you will be able to enjoy electricity for free for the next 15-20 years.

The sun is really a very powerful source of energy, from which it is possible to get environmentally friendly and recyclable energy. Again, the best thing is that using this energy is absolutely free. Through this article I hope you have learned about the benefits of solar energy and how it works and its importance. So does your home have a solar power system? Or do you want to install solar power? Let us know everything by commenting below.