HomeScienceHow do Antennas Work? | The Magical Mystery of Antenna
ScienceTelecommunications

How do Antennas Work? | The Magical Mystery of Antenna 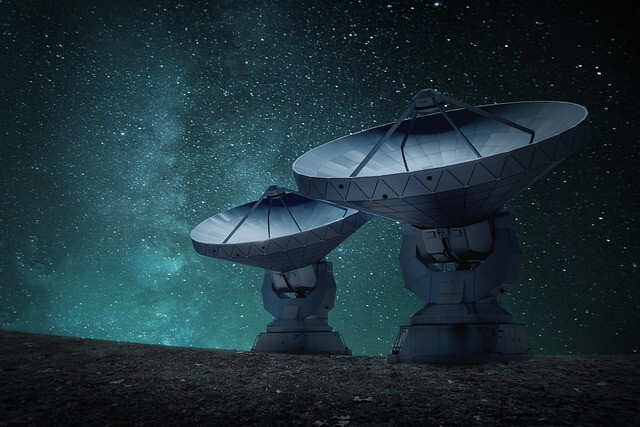 How do antennas work? Has this question ever crossed your mind? If yes, then let’s see how it actually works. Have you ever wondered what amount of words, songs, pictures, videos, internet data are floating in the air around you? You may not see or understand them with the naked eye, but there are things that look like a metal rod or dish, that goes by the term antennas. It captures the words, songs, pictures, videos, internet data floating in the air. Then it converts them into electrical signals and transmits them to radio, TV, telephone, cellphone.

How do Antennas work?

In any radio or TV station, sound and picture are first captured and converted into electrical energy. This time we can send this electrical energy to a huge antenna. This energy comes to the antenna and creates invisible electromagnetic radiation in the radio waves. Now, this radio wave travels at the speed of light and reaches the receiver antenna installed in your house. The receiver antenna works just the opposite. This time it generates an electric signal from the wave and sends it to the radio or television. Your radio or television turns this signal into sound or image.

Transmitter and receiver antennas are very similar in design. But the two can be different in appearance or shape, such as the antenna installed in the house has the shape like a dish, also called dish antenna. Again, the transmitter radio is a huge metal antenna in the TV center, which generates very strong signals and sends them from one end of the earth to the other.  Many times the transmitter generates a signal and sends it to the satellite, the satellite boosts that signal and then sends the signal to the receiver antenna on the earth. In this case, the satellite acts as a signal reflector.

A simple antenna diameter is made of a rod, to which it is attached, and which is attached to its TV or radio set. In the past, radios had a small lengthened antenna by default. But there was a use of outdoor antennas to get better signal quality.  The previous TV antennas looked a lot like a Bengali ladder which is called Yagi Huda Antenna. Furthermore, the making of the structure was especially of silver, with a long silver rod. Again, we can sew many small silver pipes horizontally.  Another type of antenna had a round loop design, with which it was attached. Furthermore, you all know dish antennas like dishes where only one type of signal was received. Why are there different sizes of antennas? Antennas of different sizes help to detect the signal by focusing on the signal.

Another types of antenna is included here:

An antenna that can scan a target at a 360 degree angle is what is popularly what we know as an isotropic antenna. Such as: The use of this antenna is in the weather office

Although the size of the antenna does not matter much, there are three important facts about the antenna.

To look like a normal rod or ladder, the antennas need to be positioned and set in the right direction. So, this is why the TV antennas of the previous day had to be fixed properly, otherwise the picture or sound quality would not be clear. There is no counting the number of antennas that I have used to get a clear picture on TV as a child.

The attachment of electroscopic small antennas to the radio do not need to be set in any direction if the signal quality is strong. Round loop antennas can receive signals from a 90-degree angle.

The amount of signal or signal gain in the antenna is a matter of adding a lot of sizes. Did you know that even without your TV antenna, it automatically captures signals? The various components of the TV work by default, but these captured signals are of very poor quality. So the installation of antennas takes place outdoor antennas to receive high gain signals, which can capture the signal of much better gain.

The Process of antenna power Measurement

The measurement of signal gain is usually in decibels (dB). The more gain you get, the better picture and audio quality you can get. However, we can obtain the good gain from simple single rod antenna to a complex antenna.

Bandwidth on the antenna refers to the frequency range. The larger the bandwidth, the more signal the antenna can capture. Larger bandwidth antennas are useful for radio or television because they have to receive different signals from different channel stations in order to capture many channels at once.

However, in cellphone, satellite communication systems, antenna bandwidth is not so predominant. Because here we can work on a certain signal, and the signal is also very fine.

To be honest, a modern communication system without an antenna is useless. By sending signals to the sky and receiving signals from the sky again, it is helping us to complete all communication systems. We hope you enjoy the article and know a lot about receivers and transmitters. So did you also use the antenna to get a good picture on TV when you were young?  Let us know your funny story by commenting below. I hope this article was able to answer your question, how do antennas and transmitters work