3D Hologram Technology | The story of the shadow of a witch 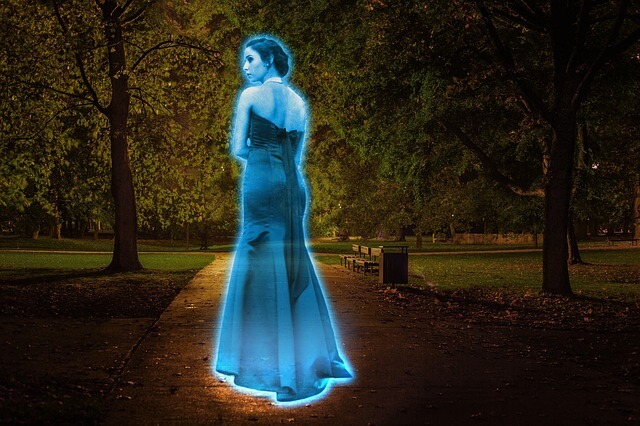 3D Hologram technology is a very interesting invention. But, do you know everything about it? If not then let’s find out.

Suppose, you went to a friend’s house. After having dinner, you and your friend went to sleep. At midnight, you noticed the shadow of a witch appearing in front of you. You got very scared. After a while, the shadow disappeared. You got flustered. What’s really going on? After a while you noticed your friend standing in front of you and laughing. In fact, your friend was behind this incident. Using the 3D hologram technique he intimidated you. Now, surely everyone is curious, what is the secret behind this technique? Let’s learn about this technique in detail.

What is the 3D Hologram technology?

The 3D hologram technology is a special method where confusion is created by using the property of interference & scattering of light.

What is the literal meaning of 3D Hologram Technology?

The British physicist Dennis Gabor received the Nobel Prize in Physics for his discovery and development of the holographic method.

A transmission hologram is a special type of hologram. In this hologram, there is the creation of a high-resolution projection by transmitting the laser beam in a certain direction using many mirrors.

A specular hologram is a technique for creating three-dimensional images by controlling the motion of a two-dimensional surface.

Moreover, it works by reflecting the bundles of light rays.

Gaber hologram is where the making of high-resolution projection takes place by rearranging the light waves separately.

How does this 3D Hologram technology work?

Holography is a technique where in absence of an original light source, we can create exactly another light field in the process of light scattering.

This phenomenon is similar to sound recording. In fact, the sound recorders encode the vibratory motion caused by a musical instrument or vocal cords. Then, later you will be able to hear the voice any time you wish. You can easily play the sound without the presence of the original media. Holographic recording medium stores the pattern of these scattering. This recorded light pattern can then create a virtual image in the process of scattering later.

What’s the interference of light?

Photographs usually use sunlight or electrical light sources. On the other hand, there is the use of laser beams in the creation of 3D hologram technology.

Lenses create photographs. Whereas in holography the laser beam is scattered and falls directly into the recording medium.

In this case, there is no need of lens.

When a photograph is cut in half, only half of it is displayed. But, even if half of the hologram is cut, the whole part is displayed.