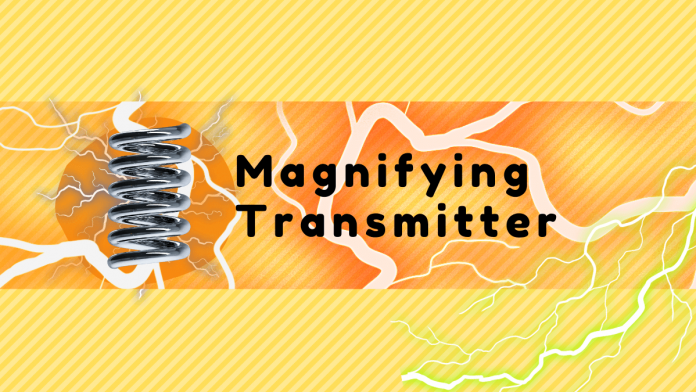 Do you know about the magnifying transmitter of Nikola Tesla? If not, do you want to? Nikola Tesla and his inventions have always been very intriguing. So, let’s dive into the topic.

“Could artificial telluric currents of a resonant frequency cause an earthquake? Could Tesla have been the first man with the power to destroy the whole world?” Intriguing questions but unfortunately ones that have been lost to time.

What is the Magnifying Transmitter?

The “Magnifying Transmitter” is a high-power harmonic oscillator with new and unique features. Nikola Tesla designed it for wireless electrical energy transfer.

It was the result of years of work. It had the main goal of solving issues that are vastly more essential to humanity than just industrial progress. Tesla’s work with electrical energy resonance led him to develop the Tesla coil. 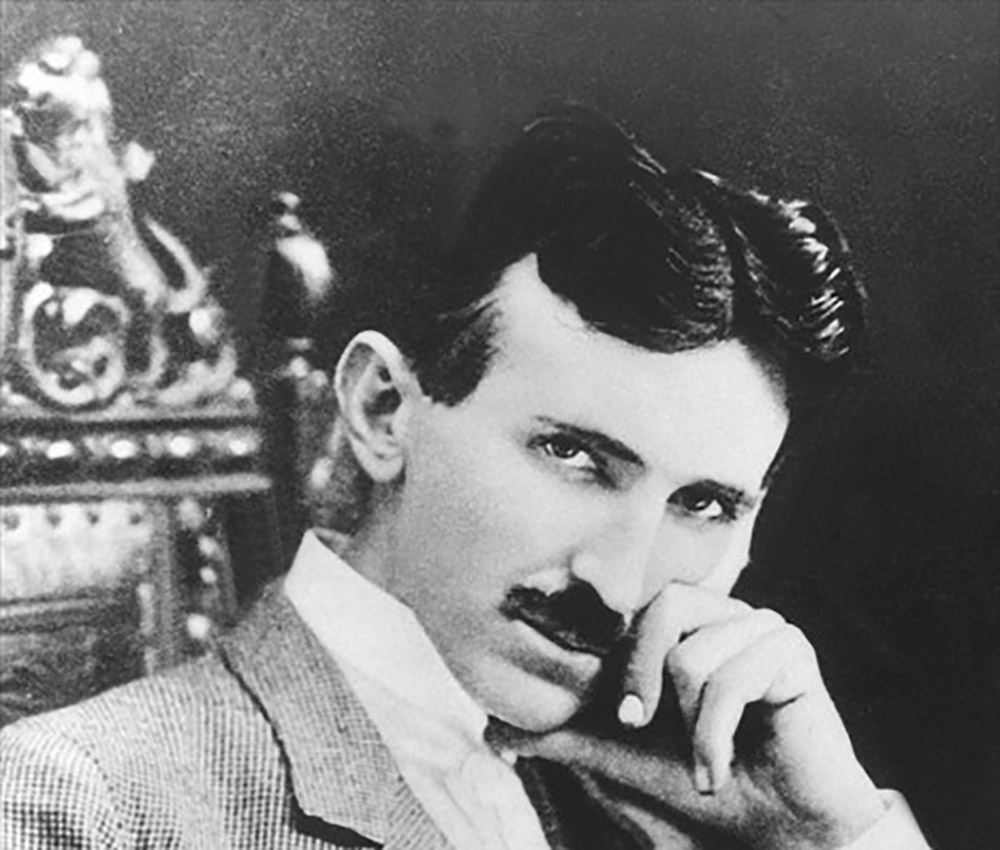 “It is suitable for any frequency, from a few to many thousands of cycles per second, and maybe in usage in the creation of currents of enormous volume and moderate pressure, or of modest amperage and vast electromotive force,”– Nikola Tesla

How did it come to be?

People who read this article also read: Can a Light work without a Neutral? Do lights need a neutral?

The energy would propagate over the gap between the Earth’s surface and the Kennelly–Heaviside layer. He got patents on wireless transceivers that were meant to generate terrestrial standing waves using this technology.

History of the Magnifying Transmitter

Between 1895 and 1898, the first ‘magnifier’ was in the building stage in New York City. In 1899, Colorado Springs was able to build a bigger magnifying transmitter.

A marketing shot of Nikola Tesla with his “Magnifying Transmitter” in the Colorado Springs experimental station. The arcs are approximately 22 feet (7 meters) in length. (This is referred to as a twofold exposure in Tesla’s notes.)

Tesla’s Colorado lab was in a geomagnetically active area. Tesla then thought of relocating his work to Colorado Springs in 1899. He chose this place because the polyphase alternating current power distribution system was there. Moreover, he had associates who were prepared to provide him with all of the electricity he needed for free.

Residents in Colorado Springs near the facility would see sparks from the ground to their feet and through their shoes. Moreover, electrical sparks were seen coming from the local water main. It was also utilized as a ground connection at times. The region surrounding the laboratory would shine with a blue plasma corona (akin to St. Elmo’s Fire). By back-feeding high-frequency radio frequency into the city’s power distribution system, one of Tesla’s tests destroyed a Colorado Springs Electric Company generator.

Tesla pictured the Earth like a dazzling polished metal ball. The ionosphere is an upper atmospheric layer with a high negative electric potential. The Schumann Resonance Cavity is the region between the Earth’s surface and the ionosphere.

Tesla was able to utilize his magnifying transmitter at Colorado Springs to artificially produce terrestrial standing waves. Furthermore, tesla gave an indication that earth resonance modes involving an electric current passing through the earth may be on the basis of observations with the device.

People who read this article also read: Why Does My Power Keep Going Out?

The Success of the Tesla Magnifying Transmitter

The magnifying transmitter is not the same as the traditional Tesla coil.

Naming of the “Magnifying Transmitter”

Tesla uses the name “self-regenerative” in one of his patents. However, this word is no longer in widespread usage. Tesla’s Magnifier belongs to the “multi-resonant networks” group of devices.

The ‘Magnifying Transmitter,’ as it’s known. This is Tesla’s most famous innovation. Furthermore, it is a strange transformer particularly with a design to excite the Earth, which is to electrical energy transmission what a telescope is to astronomical observation. He was already able to build up electrical motions bigger than those of lightning. Moreover, he was able to transmit a current adequate to light over two hundred incandescent bulbs around the globe with this amazing apparatus.

People who read this article also read: What Causes an Intermittent Power Outage and How to Solve It?

So, what is the purpose of the Magnifying Transmitter?

The curvature of the surfaces along with the components having charge and their area determines the maximal electric tension.

I hope you enjoyed my ultimate guide to your question: what is a magnifying transmitter?

Now I’d like to hear from you: Did you know the other names of Magnifying Transmitters? Do you know its history?